Does it bring you life?

I think there is more going on than we can see on the surface. I’ve experienced far too many synchronicities in my life than I could possibly ignore.

Years ago my husband and I moved from a busy and still growing suburb to a nearby village, and the house just happened to be around the corner from where the couple that taught me Reiki moved a few months earlier.  We became good friends and one of them took training to teach hypnotherapy. They just happened to need an extra participant in the very first class he taught.

My friend made me an offer to join the training he was facilitating but I refused… and then 10 minutes later I just happened to read in Dan Millman’s book “The Life You Were Born to Live” a passage that said you should never turn down something that is offered to you unexpectedly.  It suggested that that you were essentially saying “NO” to the Universe, which probably had plans for you that you were unaware of.  After all, who knows where those opportunities will take you? 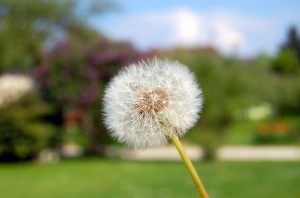 I went outside, stuck my head to the ground and pulled some weeds in my garden (very symbolic of weeding out some negative beliefs).  I let the words I had just read sink in and work their magic with the situation that had presented itself to me…  and a few minutes later, I looked up at my big beautiful house, decided the Universe knew better than I did, called my friend back and said YES!!  My friend has often commented to me that of all the people he has trained, I’ve used hypnotherapy the most.

I’m sure you’ve experienced some synchronicities in your life too.   And they have taken you places you may not have expected.  Only the Universe knows how important they are to your life path and who you’re evolving to be.

So in line with the wisdom of Dan Millman, think twice when you turn down unexpected opportunities.

I had no desire to learn hypnotherapy, let alone use it.  Now I run journey circles, offer past life regressions and do the kind of personal transformation work that my hypnosis training is invaluable for.

It’s a good thing the Universe sees our path more clearly than we do.

This Life Is Yours (and You Have the Power to Change It!)